Welcome to Munich, the capital of Bavaria! Upon arrival, you will go through customs and immigration. Should you opt to purchase a transfer to your hotel; a representative will be waiting for you as you exit immigration. Arrive at your hotel, check in and do not give in to jet lag! There is so much to do in Munich!

Begin the day walking around the Altstadt (OldTown). Here, the somber Frauenkirche and its copper domed twin towers are a symbol of the city; and inside the church you will find the monumental black marble tomb of Emperor Ludwig IV of Bavaria. Nearby, you may also want to visit the Michaelskirche (St. Michael's Church) before heading to Marienplatz, the most famous square in Munich. In the center of the square rises the Mariensäule, a large column topped with a gilded statue of the Virgin Mary. To the north is the neo-Gothic Neues Rathaus (New City Hall) whose famous Glockenspiel, a 100 year old carillon, performs a miniature tournament at 11am and 12pm (also 5pm in summer) to the delight of visitors. Be sure to see the Altes Rathaus (Old City Hall) as well before proceeding to the Peterskirche with its impressive Gothic façade and richly decorated interior.

Next, take a break at the Viktualienmarkt, the city's market, renowned for its diversity and size. Have a beer and a bite to eat before continuing to the Gothic Heiliggeist (Holy Ghost) Church. Afterwards, proceed north to Max-Joesph-Platz and the Residenz, official home of Bavarian rulers until 1918, with its lavish courtyards, apartments, and museums that include the Residenz Museum, the Treasure House of the Residenz, and the rococo Cuvilliés Theater. To the west, be sure to see the Feldherrnhalle, an open air loggia constructed as a tribute to the Bavarian army (and later used as a Nazi rallying point) as well as the Theatinerkirche (Church of St.Kajetan), completed in 1690 and containing the tombs of many of the Wittelsbachs. Finally, grab a coffee while you enjoy the panorama of the Odeonsplatz and Hofgarten before admiring more of Munich's famous squares including Wittelsbacher-Platz, Maximiliansplatz, Karolinenplatz and Königsplatz. At Königsplatz, you can catch a tram to Schloss Nymphenburg, summer palace of Munich's longest ruling family, the Wittelsbachs. The ornately decorated palace with its adjacent museums and beautifully landscaped grounds make a trip here worthwhile.

As evening approaches, make your way to the Platzl quarter where you will find nighttime entertainment, restaurants and the landmark Hofbräuhaus, Munich's most popular beer hall, which has been around since 1644. Enjoy beers, schweinshaxn (roasted pork knuckle), sauerkraut and oompah music with locals and tourists alike. 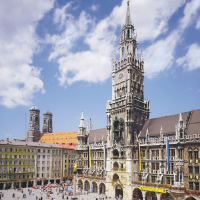 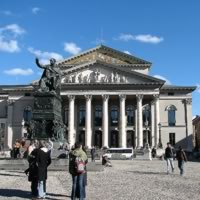 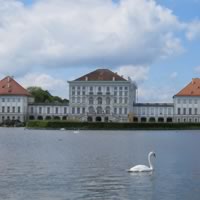 Wake up early today and head to Deutsches Museum. Opened in 1925, it is the largest scientific and technological museum of its kind in the world with incredible exhibits marking important milestones over the past 100 years. After your visit, enjoy lunch and some shopping along Maximilianstrasse or Kaufingerstrasse before heading to the Museumsviertel (Museum Quarter).

As a city of art and culture, Munich has more museums than any other city in Germany. You could spend days exploring the four art museums that make up the Museum Quarter, also called the Kunstareal. All four are worth visiting, but the enormous Alte Pinakothek, featuring a world class collection of Old Masters, is a must see. The smaller Neue Pinakothek displays works from the 19th century while the Pinakothek der Moderne and Museum Brandhorst are dedicated to 20th century art. Just south of the Museumsviertel, in the classically inspired Königsplatz, you will find the impressive, Doric-inspired Propyläen monument as well as the Antikensammlungen and Glyptothek with their Greek and Roman artifacts. If antiquities aren't your thing, then try the Lenbachhaus with its outstanding collection of late 19th and early 20th century German art. On Saturdays, you can visit all three Pinakotheks (Alte, Neue, der Moderne), Museum Brandhorst, and Schack-Galerie for 1€. On Sundays, entry to the Glyptothek, Antikensammlungen, and the Bayerisches Nationalmuseum is only 1€.

Later, make your way to the Schwabing area, former home to novelists, poets and playwrights. Although it has lost most of its distinctive charm, it is still a lovely place for a stroll on your way to the Englischer Garten. This is Munich's most famous park and its Chinesischer Turm (Chinese Tower) beer garden is the second largest beer garden in Munich. Enjoy a ride by horse-drawn carriage through the park (for hire at the entrance) then have a seat on one of the beer garden benches and feast on traditional food and beer. 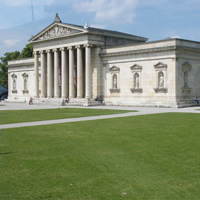 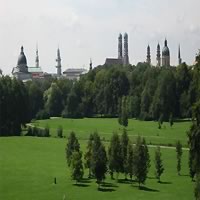 Today, we recommend you visit the fairytale castles of Neuschwanstein and Linderhof with our 'Royal Castles of Neuschwanstein and Linderhof Day Tour from Munich.' Admire the lush landscape of the Bavarian Alps as you journey to Linderhof, Ludwig's rococo-style hunting lodge. Then, continue to Neuschwanstein with its shimmering white turrets that were the inspiration for Disney's Sleeping Beauty castle. Neuschwanstein Castle was commissioned as the private retreat for Ludwig II of Bavaria with interiors inspired by the operas of Richard Wagner, to whom the king dedicated the castle. Despite the medieval motif of the decor, the castle was actually outfitted with the latest technology of the time including running water and central heating. Later, enjoy free time in nearby Hohenschwangau village for lunch and to explore Neuschwanstein's grounds, and take an optional castle tour.

After a full day of sightseeing, spend your final night in Munich amid the music and merriment of your favorite bier halle! 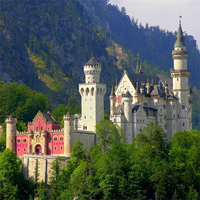 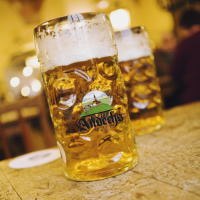 Should you be able to spend additional days in Munich then we recommend a trip to Olympiapark, site of the 1972 Olympics. Today, the park is a multiuse complex hosting sporting events, concerts and more. A ride up OlympiaTower (the fastest elevator on the European continent) offers extraordinary views over the city and all the way to the Alps. And if you like the luxury brand BMW (Bavarian Motor Works), then be sure to visit BMW Welt, the car maker's showroom, museum and factory that is located here.

That Munich was the birthplace of the Nazi movement is a difficult truth; however, trips to the Berchtesgaden Eagle's Nest, Hitler's mountain retreat and southern headquarters of the Nazi party, as well as the Dachau Concentration Camp Memorial Site are both heartbreaking and historically educational. Although its reputation is tainted by its association with the Nazis, Berchtesgaden is one of the most idyllic towns in the Bavarian Alps. Unfortunately, Dachau, which was a pretty little artists' community before Hitler and the Holocaust, is now mainly visited as a horrific symbol of the Nazi Regime.

Additionally, you can admire the countryside, castles and villages of Germany's iconic Romantic Road, the famously picturesque route through Bavaria's mountains and forests. Be sure to check our optional sightseeing tours for availability. 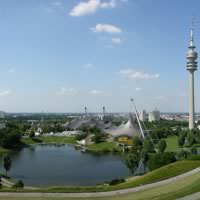 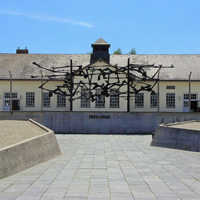 Your Last Day in Munich 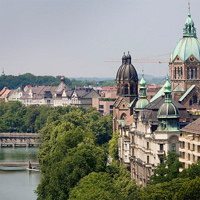