Welcome to Ghent, in the heart of Flanders! Upon arrival, you will go through customs and immigration. Make your transfer to your destination, arrive at your hotel, check in and do not give in to jet lag! There is so much for you to see and do.

Start your day by exploring the city center. The historic core is compact and many sights can be easily visited in a loop around the city center. We recommend strolling through streets, taking in the vibe of the city and enjoying a relaxing lunch at one of the sidewalk cafes.

The historical city center, or `Kuip` as the locals call it, is best viewed from the water. Ghent sits at the meeting point of two rivers: the Leie and the Scheidt. A leisurely boat ride along the Leie river is a great introduction to the city. These tours are free with the Ghent City Card, and they let you see a section of the city from the water. Your tour guide will give you interesting facts along the way.

Once back on land, make your way onto St. Michael`s Bridge. From this vantage point, you can behold a breathtaking cityscape. You`ll see a row of towers, all of which are only a few minutes` walk ahead of you. This is the perfect vantage point to capture some great photos!

Next, head over to the Ghent Belfry, one of the three medieval towers that make up the landscape of Ghent`s city center. The other two are Saint Bavo Cathedral and St. Nicholas` Church. The Belfry of Ghent, at 300 feet tall, is the tallest belfry in Belgium and designated as a UNESCO world heritage site along with over fifty other belfries in Belgium and France.

You`ll climb over 200 steps to the top of the Belfry, but for those who are not up to the challenge, there is a lift that will take you part of the way up. Along the way there are a couple of places to stop and admire the bells that make up the carillon. Once you reach the top, take some time to take in the panoramic views of Ghent. The Belfry is an important attraction in Ghent because it symbolizes the city`s independence.

Afterward, stop in the beautiful St. Bavo`s Cathedral, a marvel known for its impossibly tall stained-glass windows, Roman crypts and the van Eyck brother`s, The Adoration of the Mystic Lamb (aka the Ghent Altarpiece), which is called the most influential painting in art history. This painting is the first masterpiece to be done in oil, the vivid colors of the massive work still shine nearly 600 years later. Elsewhere in the cathedral is the skeleton of the finback whale.

As day turns into night, make your way over the Patershol, one of Ghent`s trendiest neighborhoods. Close to the castle of Ghent, the picturesque cobbled streets here are lined with some of the city`s hippest restaurants. This area was once considered a dodgy neighborhood, which is now one of the coolest places to hang out, filled with hidden restaurants and bars favored by in-th-know students. Take your pick from Japanese, Turkish, Flemish, and more. You`ll also find plenty of cozy cafes and old-fashioned candy stores to browse. 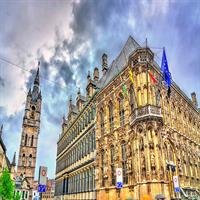 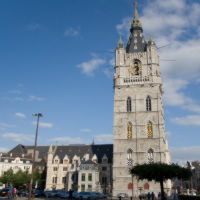 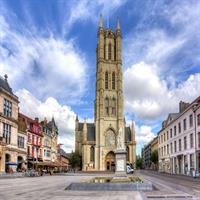 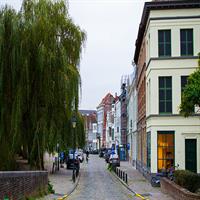 Wake up early and head over to one of the oldest squares in Ghent, the Vrijdagmarkt. The square and the surrounding area are well worth a visit. You can spend hours and hours on and around the square. On most days the square is abuzz with activity, especially so on Fridays and Saturdays when the market that gave the square its name is taking place. Soak in the atmosphere in the alleyways that surround the square and admire the beautiful facades.

Stop in one of the cafes or at one of the food carts in the Vrijdagmarkt to grab yourself waffles to go (who would want anything else for breakfast in Belgium?). Also while in this area, check out the Tavern Dulle Griet, a legendary café serving more than 250 Belgian beers, where you give your shoe as a deposit for a pint! And make sure to peek in to Groot Vleeshuis, the former Great Butchers` Hall, to see all the meat hanging from the ceiling, like it did in the olden days!

Afterwards spend some time exploring the Gravensteen, located in the middle of the old city. The Castle of the Counts dates back to the middle Ages and a lot of torture went on here. It was erected as a show of strength by Count Filips of the Elzas to counter the grand houses being built by Ghent`s rich patricians. The castle is heavy and imposing with a moat and even a torture museum.

Enjoy the rest of your afternoon discovering Ghent`s street art. This is Ghent`s answer to Hosier Lane, Werregarenstraat, though everybody just calls it Graffiti Street. The locals were worried that their beautiful historic buildings would be defaced with graffiti but they still wanted to let street art flourish in Ghent, so they dedicated this alleyway to it. It was supposed to be a temporary project but it’s been the city’s sketchbook since 1995.

Go for an evening stroll. Ghent is equally impressive at nighttime, when you can see the city`s clever illumination plan come to light. And make sure to check out the after-dark entertainment in one of the atmospheric cafes or taverns. You should have a memorable evening in any one you choose. The Groentenmarkt, near the Gravensteen, is a great spot to find many local pubs in an easy area to navigate around.

After a busy day of sightseeing head back to your hotel for a restful night sleep. 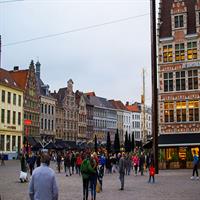 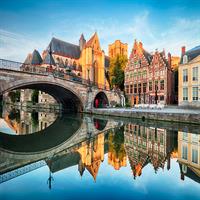 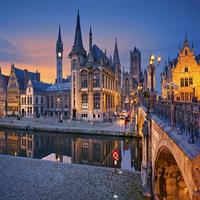 Spend your last day in Ghent enjoying the museums of the city. Head to the Arts Quarter (Kunstenkwartier), where you can visit the Museum of Contemporary Art (S.M.A.K.), the Museum of Fine Arts (MSK) and the International Convention Center of Ghent (ICC). There`s also the Ghent City Museum (STAM), which is housed in a 13th century hospital. Any one of these museums will not disappoint.

Besides its museums and art galleries, Ghent also offers several other cultural gems. Music centre De Bijloke stages more than 120 concerts each season. Arts Centre Voruit, with its art deco café, is a hundred year old monument in its own right, with an extensive program of stage productions and music.

Spend the last half of your day getting some shopping time in. Ghent is a shopaholic`s paradise, so you will be pleasantly surprised at the numerous amount of shopping available in the city. Street upon street of craft shops and high-end shops are scattered throughout the city. And if you`re in Ghent on a Sunday, you will definitely want to check out the various markets. There`s a different market somewhere in Ghent every day of the week, but on Sundays there are no less than six to choose from. An all time favorite is the flower market at Kouter and the book market, which sprawls along the water`s edge.

If you enjoy beer, we recommend you enjoy a Beer Tour. Taste your way through Ghent with Belgian beers on a two-and-a-half-hour beer tasting tour of Ghent! Make sure to try the Gruut Beer, the brewery is base in Ghent and is a great introduction to Belgium beer.

Spend your last evening strolling down the Graslei for a lovely meal. The food in Ghent, like in all of Belgium`s big cities, is diverse and tasty. Some traditional Belgium favorites are the hearty Belgian beef stew and Waterzooi, a sfish stew dating back to the middle ages. If you have a sweet tooth then Belgium is also a great place for chocolate and Ghent is arguably the best of the best. Be sure to try pralines before you leave the city.

If energy allows, head over to De Overpoort where you`ll find an energetic crowd (and youthful student population) that you can party with into the wee hours of the night. 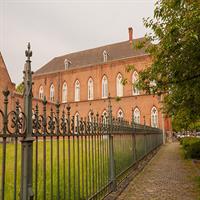 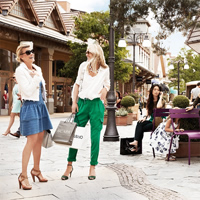 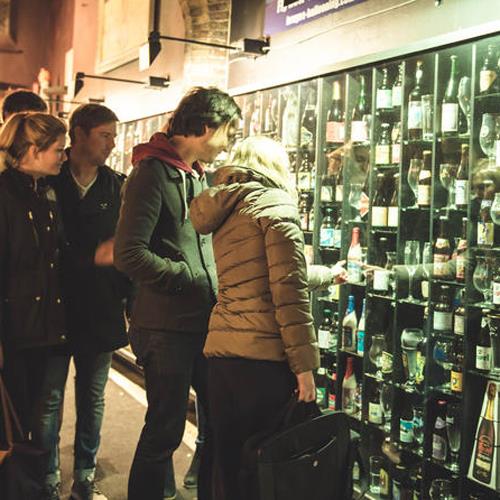 Should you be able to spend additional days in Ghent we recommend a visit to the one of the biggest Abbeys in all of Belgium, the Pietersabdij. This was the center of Ghent for a long time before the city began to grow outwards from the Abbey. The orchards and the gardens are free to explore and are a great place to be on a warm summer`s day. The Abbey itself boasts an impressive mural in what was once the monk`s refectory and a state-of-th-art video tour lasting an hour and a half. 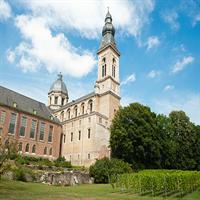 Your Last Day in Ghent

Depart your hotel for the train station or airport where you will head home or make your way to more European adventures. Savor the memories of a very special time in Ghent, the capital of the East Flanders province 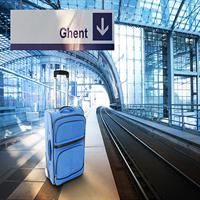