The summer months are some of the most popular times to visit the country of Slovakia. Summer brings the sunshine and warm temperatures to the country with the hottest months being July, August, followed by June, and of course the busiest season for lodging, accommodations, and other travel-related expenses. The wildflower season in the High Tatras begins in June with the first crocus flowers blooming, which is also the time the hiking trails open up (June 15th). The middle of June to October is the best time to go hiking in the country, and July is ideal for climbing Gerlachovsky Stit which is the highest peak in the Carpathians. “Medardova Kvapka” is a weather event that brings days and days of rain in the summer. The average daily temperatures during the summer can reach up to 80 degrees in the day and drop to 57 degrees at night.

-Grape Festival - summer - A two-day festival of live music in the spa town of Piestany.

-Vychodna Folklore Festival - First weekend in July - Held in the picturesque village of Vychodna with folk dancing, singing, and crafts. 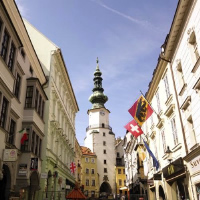 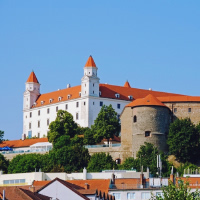