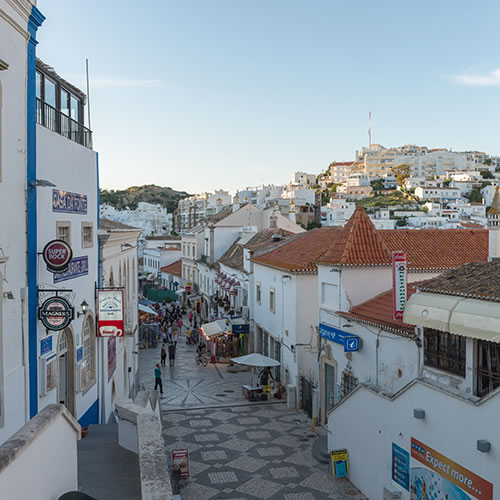 The area called the Old Town is just the size of four football fields, situated in an area between Praia do Peneco to the south and Avenida da Liberdade 96-109 to the north. The area called Cerro da Piedade extends nearly a mile west from the Old Town. Both of these areas have been referred to as being `the heart of Albufeira`, as the lion`s share of points of cultural and historical interest can be found here.

Cerro da Piedade is home to the Parque Ludico de Albufeira as well as the city marina. Just below the Old Town are two beaches, the Praia do Peneco and Praia dos Pescadores. The Old Town is the epicenter of religious life in Albufeira (with the Igreja Matriz, Capela de Sao Sebastiao and Igreja de Sant`Ana within blocks of each other), and it also boasts a budding foodie scene along Rua Candido dos Reis.

Just under half of the 40,000 residents in the municipality of Albufeira live in either the Old Town or Cerro da Piedade. Modern housing developments have been built particularly in Cerro da Piedade, where there are a number of large estates, mini-mansions, and cul-de-sacs. 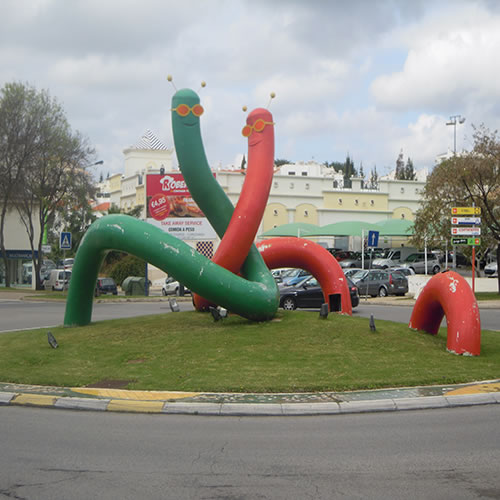 These are suburban neighborhoods located approximately one mile north and northwest of Albufeira`s Old Town. Parts of Calicos are rural, leading up to a large housing development adjacent to the Rua Paul Harris and Rua Isaac Newton. This development consists of apartments and single-family homes (many of which have their own in-ground pools!). A large city market and Albufeira`s main bus station can also be found in the Calicos neighborhood. The middle-class neighborhood of Correeira is home to the city`s municipal pavilion, the gymnastics center, the public swimming pool and the town`s soccer stadium. 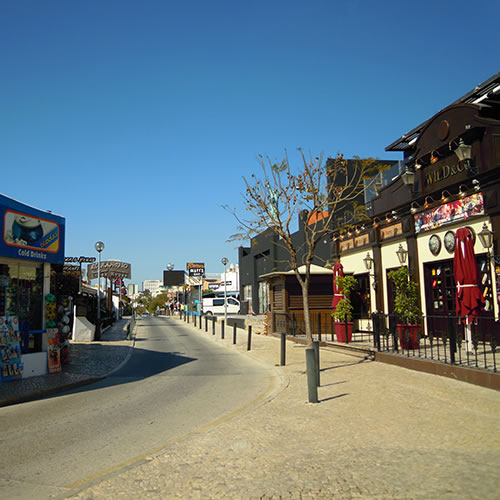 Montechoro and Areias de Sao Joao (including The Strip)

The Montechoro neighborhood`s borders to the west and east are Avenida Salgado Zenha and Rua Candido Guerreiro, respectively. South of Avenida dos Descobrimentos, the Areias de Sao Joao neighborhood is bordered by Rua de Dunfermline to the west and Estrada de Santa Eulalia to the east. Cutting through the middle of both neighborhoods is the street Avenida Doutor Francisco Sa Carneiro, known by tourists and locals alike as `The Strip`.

Literally hundreds of restaurants, cafes, bars and nightclubs are located in Montechoro and Areias de Sao Joao, along The Strip and the side streets fanning out from the main artery. Authentic Portuguese restaurants, pizzerias, steakhouses, sushi bars, tapas bars, brunch spots and Chinese takeaways can all be found in this neighborhood, many with reputations that precede them. To read more about The Strip, consult TripMasters` Albufeira FAQ page. 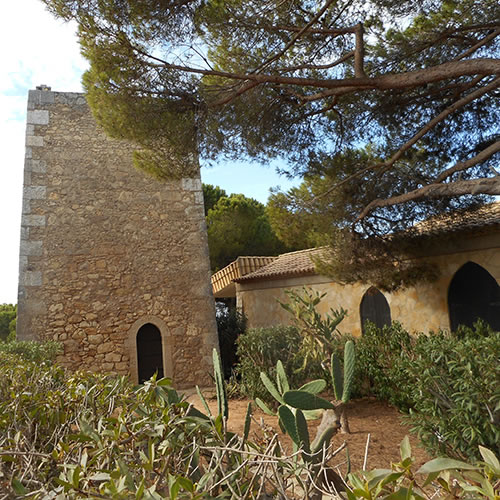 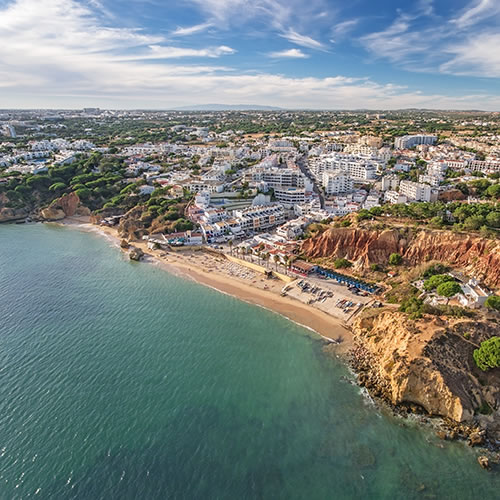 East of Santa Eulalia, the three-mile Praia da Falesia stretches along the Algarve coast. It is one of the most popular and picturesque beaches in Portugal. A small cove separates the Praia dos Olhos de Agua from the western reaches of Praia da Falesia. The town just to the north of the coastline is Olhos de Agua. Meaning `eyes of water`, it is so named due to the natural springs dotting the beach, which bubble up and resemble eyes. 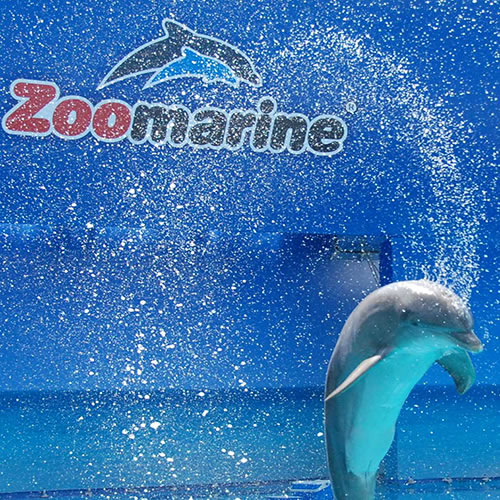 The parishes of Guia and Ferreiras are the two northernmost sections of Albufeira municipality. Ferreiras is a typical Portuguese suburb, with a variety of housing types and businesses. Albufeira-Ferreiras train station is located northeast of the town square, near the village of Vale de Serves. Alcantarilha, past Zoomarine and Aqualand, is a similarly-sized suburb, with modern housing developments on the west side of town and traditional buildings on the east side.