The winter months bring fewer crowds and lower rates throughout the country, with the exception of Christmas time when holiday season is at its peak. Germany`s iconic Christmas markets draw thousands of visitors to the country. Temperatures are cold (often below freezing) this time of year with average lows around 27ºF in December and 25ºF in February. High temperatures average a cool 41ºF in both December and February with January falling in between. The winter also is the wettest time in Germany, so expect frequent snow falls. Besides December, winter is the cheapest time to travel to Germany - just make sure to bundle up!

On the plus side, the cold weather results in some great outdoor winter sports and fantastic down-hill and cross-country skiing. German ski season generally runs between Christmas and the end of March. Downhill skiers should head to one of the many ski resorts in the Bavarian Alps. For cross-country skiers, the beautiful Black Forest provides some of Germany`s best skiing rails. 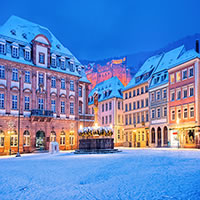 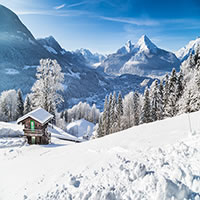