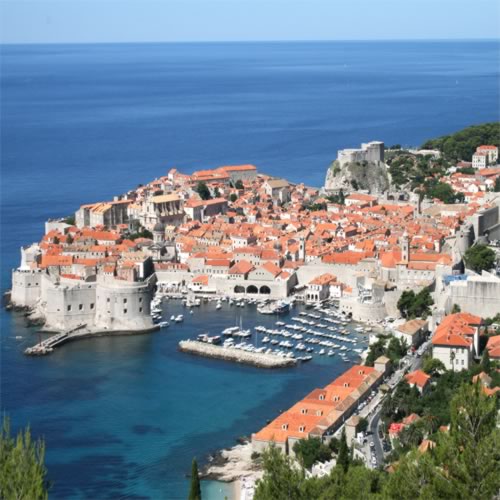 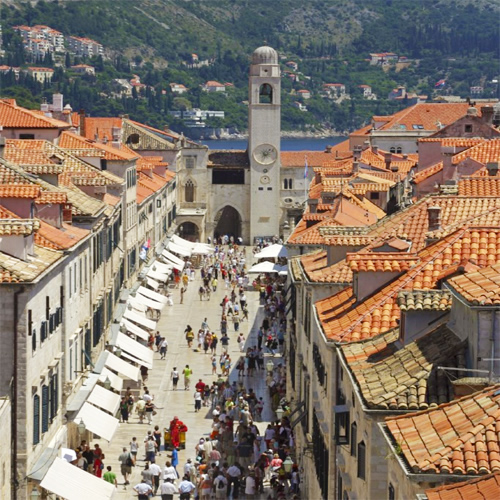 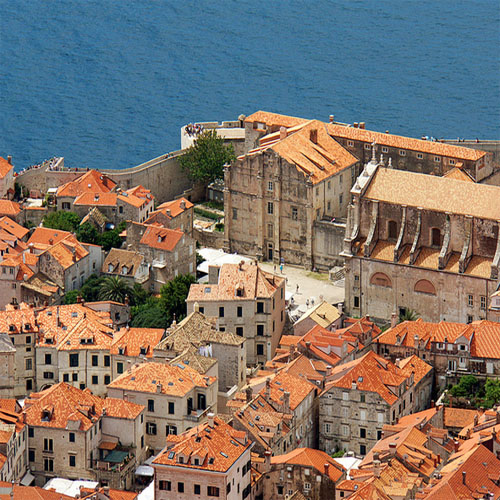 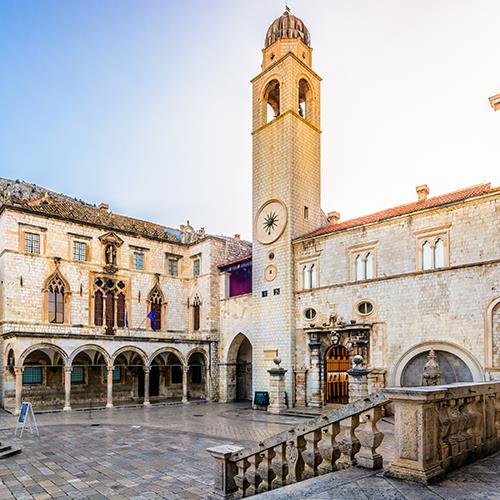 The Old Town of Dubrovnik is compact, spread out across approximately 41 acres inside the Dubrovnik town walls. For reference, the distance between Pile Gate, the western entrance to the Old Town, and Ploce Gate, the eastern entrance, is approximately 0.3 miles. The distance from north to south, from Minceta Tower to the Fort of St. John, is also 0.3 miles. UNESCO named Dubrovnik`s Old Town to its list of World Heritage Sites at its third annual meeting in 1979, making it the first historic site to be listed from what is now the country of Croatia, and one of the initial four sites listed from the former Yugoslavia.

The main street in the Old Town, connecting the Old Port with Pile Gate, is officially called Placa ulica, but it is referred to by nearly every local as Stradun. The entire length of Stradun between the Old Port and Pile Gate is pedestrianized. If you are walking toward Pile Gate from the Old Port, you will first reach Luza Square, where there are such points of interest as the Church of St. Blaise, Sponza Palace, and one block up and over, the Old Synagogue of Dubrovnik, the second-oldest Jewish house of worship in the world. From this point on, there are dozens of shops, art galleries, and cafes spread out across fourteen blocks. As you make it to the end of Stradun, just before Pile Gate, you will enter Paskoje Milicevic Square, where there are such sights as the Church of St. Saviour and the larger of the two Onofrio Fountains. North of Stradun, the two main west-east streets are Peline ulica and Prijeko ulica. South of Stradun, the main west-east streets, from Stradun to the waterfront, are Ulica od Puca, Ulica od Rupa/Ulica Strossmayerova, and Ulica od Kastela/Ulica od Margarite/Ulica Ispod Mira.

Sights of interest south of Stradun include the Convent of St. Claire and Fort Bokar, the southwestern fortress in the town wall system. Going along the waterfront east toward the Old Port, you will encounter some interesting bars and nightclubs embedded into the cliffsides (which have names similar to `Buza Bar`, with the word `buza` a translation that is akin to `hole in the wall`). Two hundred feet from the cliffs in the southern portion of the Old Town is where the Church of St. Ignatius is situated. Going back toward the cliffs, you will pass the Church of St. Stephen on your way to the Fort of St. John and Porporela jetty and pier. Five hundred feet down Ulica kneza Damjana Jude, going away from the Fort of St. John, you will reach Dubrovnik Cathedral. North of Stradun, you will see such sights as the Dominican church and monastery, the northern fort (Minceta Tower), and the eastern gate in and out of the Old City, Ploce Gate. You will find more restaurants, bars and cafes within a two-block radius of Stradun, with many accommodation options either in the southern part of the Old Town, or in the northern end near Minceta Tower and the town walls. 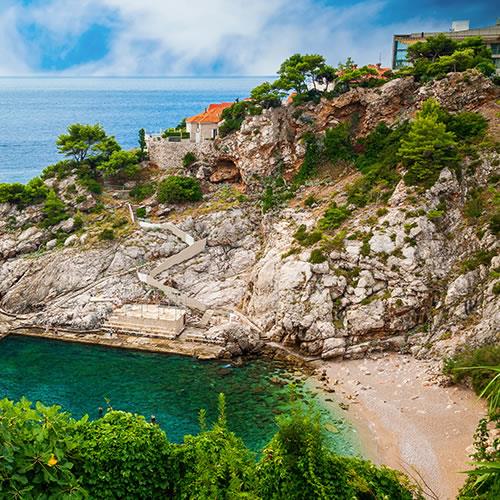 The New City Center of Dubrovnik is the last area in the city to have been developed. The land was originally owned almost exclusively by nobility who built their summer houses in this area. By the beginning of the 20th century, some of this land was returned to Dubrovnik and developed into what was at that time a suburb of the city. With more growth, spurred by the addition of electrified trams in the first decade of the 20th century, the area, called Boninovo, grew as a modern complement to the Old Town. The most noteworthy points of interest in this area would be Bellevue Beach and the nearby Boninovo cliffs. Bellevue is one of the more popular beaches in Dubrovnik, and is known for being one of the venues of the largest water polo tournaments in the world, the Divlja Liga, every July and August. 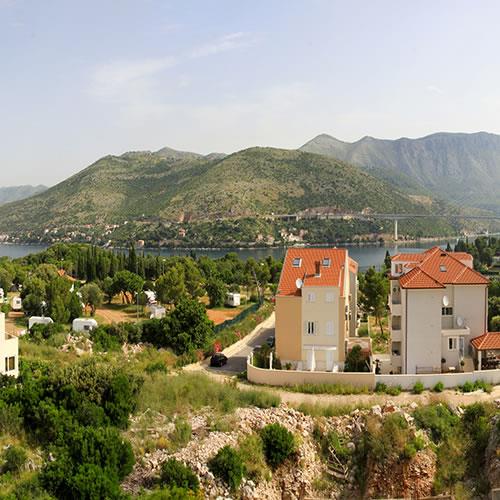 The northern part of the Lapad Peninsula is referred to as both Babin Kuk (the more common name) and Dubrava (the local term for the oak trees that can be seen all over Dubrovnik, and also where the current name for the town derives). Smaller than Lapad (0.5 square miles versus 0.75 square miles), the restaurants and accommodation options are almost as plentiful as in Lapad, although it feels more peaceful and quiet. There are a few beaches on the western and northern coasts that are right in that sweet spot between `secluded` and `popular`. 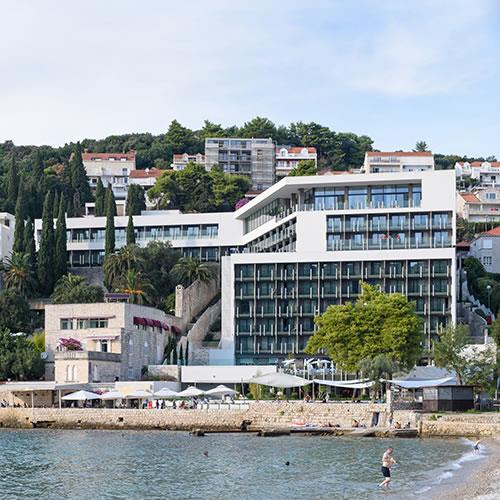 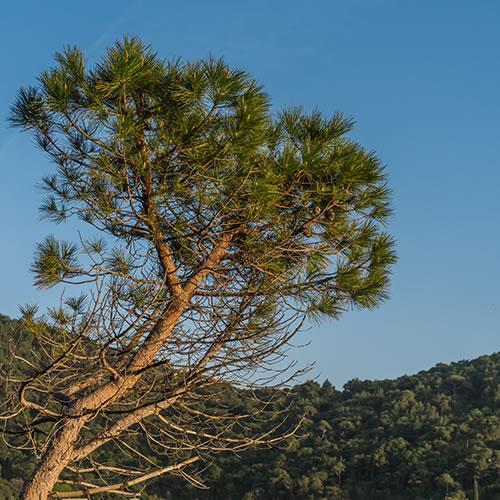 With 12,000 people, Lapad is a bustling neighborhood a mile and a half west of the Old Town. When Dubrovnik was first developed for worldwide tourism in the first decades of the twentieth century, Lapad was just being developed, so as a result a lot of the real estate is geared toward tourists.

Lapad North is the more tourist-oriented of the two, as it is home to dozens of hotels, apartment rentals, and B&Bs, and is also home to the largest cluster of bars and restaurants, along Ulica Iva Vojnovica, a road that connects Lapad South with Lapad North. The road in the other direction, which takes people toward the New City Center and Gruz/the Port of Dubrovnik, is called Ulica od Svetog Mihalja (St. Michael`s Street). It is also a highly sought-after residential area. One of the two Michelin-starred restaurants in Lapad is located here, along Ulica Iva Vojnovica.

Lapad South is known for its beautiful boulevards which shimmer in their leafy verdant splendor. One such road, Liechtensteinov put, links the 140-acre Forest Park Velika and Mala Petka with Dubrovnik General Hospital. This road also takes you to the Boninovo area and Bellevue Beach. Middle and upper-class homes and year-round apartment rentals can be found along Ulica Petra Hektorovica and Ulica Gorica Svetog Vlaha (St. Blaise`s Hill Road) in particular. A Michelin-starred restaurant is located in Lapad South, close to the hospital, as Ulica Iva Vojnovica changes into Pera Cingrije. 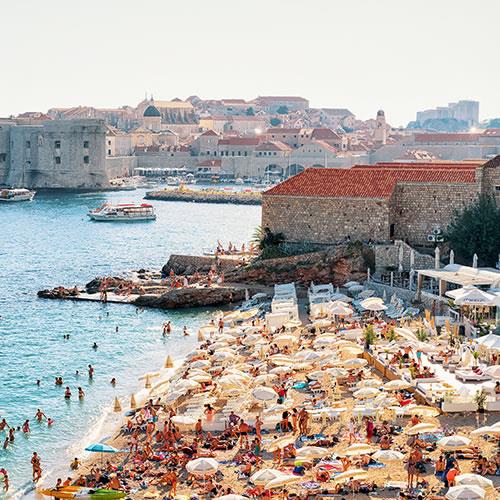 The neighborhood to the east of the Old Town is called Ploce (pop. 10,000). It is about 1.25 times the size of the Old Town, and it meanders eastward along the water a half-mile from the Old Port, with the neighborhood situated south of Jadranska cesta. The Lazzarettos, the former quarantine for the Old Port, and Banje Beach, the largest and most popular public beach in Dubrovnik, are located in the Ploce neighborhood. The main eastward artery from the Old Town is Ulica Kralja Petra Kresimira IV, and the main westward artery is Ulica Frana Supila, with the latter closer to the Lazzarettos and Banje Beach. At the eastern edge of the neighborhood, the two streets merge into a two-way version of Ulica Frana Supila. There are many waterfront or waterfront-adjacent accommodation options in Ploce. 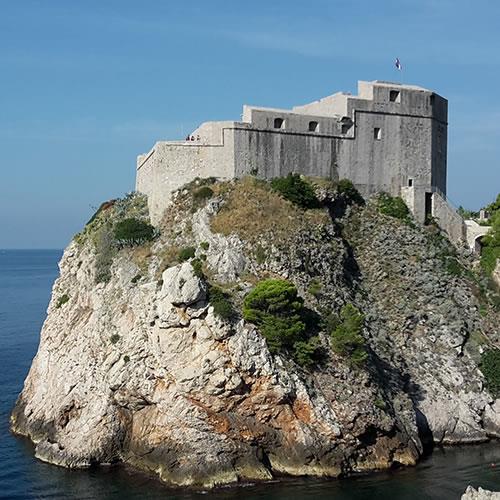 The neighborhood located to the west of Dubrovnik`s Old City is called Pile. Pile comes from the Greek word `pylaj`, which means `gate`. The neighborhood is roughly two and a half times larger than the Old Town, running south to the water from Jadranska cesta, and west from Pile Gate to the semi-roundabout which merges Zagrebacka ulica and Ulica Pera Bakica with Ulica Vladimira Nazora. Ulica Pera Bakica and Zagrebacka ulica are the two northern west-east thoroughfares in the Pile neighborhood, while the road leading from Pile Gate is Brsalje ulica, later renamed Ulica branitelja Dubrovnika. There is a large selection of accommodations in this neighborhood, perhaps the most noteworthy being the Hilton Imperial, located in a repurposed 1890s-era villa. Sights of note in Pile include the aforementioned gate, Kolorina Bay (the first public beach in Dubrovnik), Fort Lovrijenac, and the Church of St. Durda. 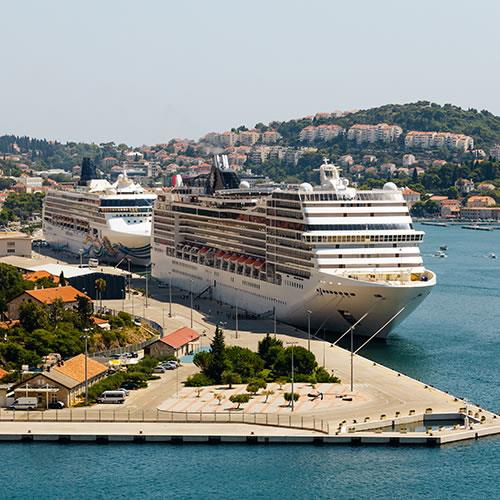 For many people, Gruz is the neighborhod that will introduce you to Dubrovnik. Buses that cross the Franjo Tudjman Bridge into town will stop at the main bus station, which is located just up the road from the Port of Dubrovnik, where many people disembark yachts, ferries and cruise ships. It is the most populous neighborhood of Dubrovnik, with over 15,000 people making their home here. Originally, Gruz was the area where wealthy people from Dubrovnik and all over Dalmatia would own summer houses. You can still see some of those houses today if you walk down the waterfront main streets, Obala Stjepana Radica and Obala Ivana Pavla II. There is a noteworthy fruit and vegetable market here, a casino (the Admiral Automat Club), and many accommodation options (especially as you walk toward Jadranska cesta from the waterfront).