The winter season in the Netherlands starts in the month of December and continues up to the month of March. Snow, freezing and fog are the most common weather conditions during these winter months. During December and January, the Netherlands winter temperature goes as low as 35°F. Most rain falls in the winter and can feel damp and chilly. The driest times are between February and May.

The winter weather in the Netherlands offers multiple opportunities to interact with the locals. During these months, you`ll find the city less crowded with a more relaxed ambiance. Room rates are generally cheaper during these months as well. You also won`t find such a big line to get into the Anne Frankhuis, you`ll be able to stand longer in front of Rembrandt`s The Night Watch and your favorite Van Gogh, and you might get a chance to go skating on the canals. Because the trees bordering the canals shed their screens of leaves in the winter months, you`ll get a much better view of the charming canals.

- Sinterklaas - A traditional festivity celebrated on the evening before sinterklaas` birthday on December 5.

- Christmas (which lasts two days, it`s celebrated on December 25 and 26).

- Easter - The Dutch celebrate two days of Easter (on Sunday and the subsequent Monday). 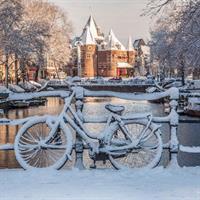 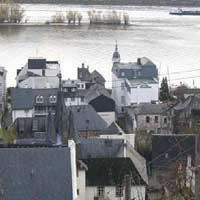